← back to
boxout.fm Recordings
Get fresh music recommendations delivered to your inbox every Friday. 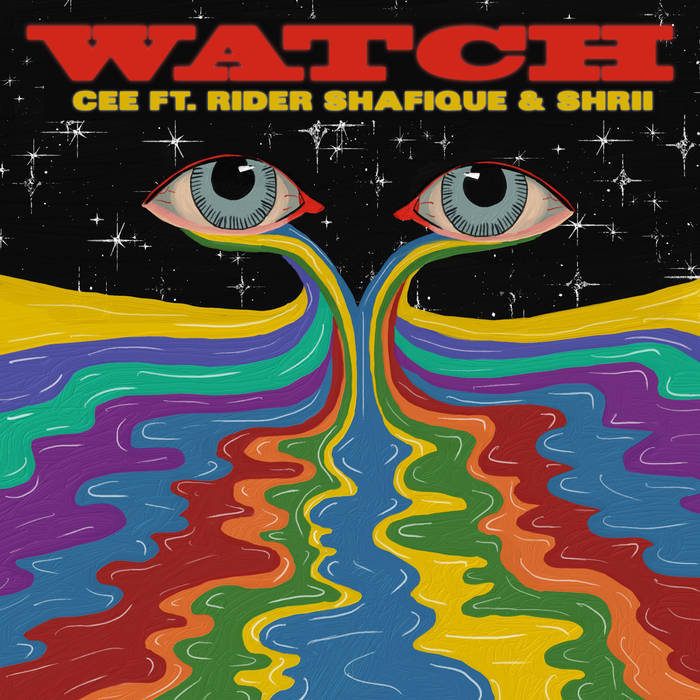 Berlin-based producer CEE and prolific British poet-MC Rider Shafique make their heavy-hitting return to boxout.fm recordings following up on their 2020 single "Worldwide" with a brand new link-up, "Watch", featuring Carnatic singer, Shrii. CEE takes inspiration from his previous work with Berlin club circuit mainstay, Al-Haca Sound, in blending Shrii's hypnotic vocals with Rider Shafique's menacing bars over a GQOM and Dub inspired backbeat. Speculative and psychedelic, "Watch" is both a celebration of global electronic music cultures and an ode to the pulsating rhythms of the underground.

Cee has been releasing music for more than two decades now, with projects like Al-Haca with 3 albums and Bass Sekolah with “The Dusun Sessions”. Alongside Stereotyp he helped shape bass music in the 2000s until he moved from Vienna to KL. His studio was based outside of the rainforest, in Malaysia until he moved to Berlin during the pandemic of 2020. ... more

Bandcamp Daily  your guide to the world of Bandcamp

Semiratruth joins the show to discuss their latest release, "loading..".